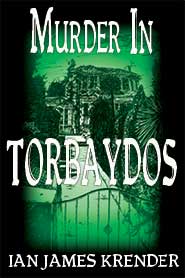 In the 1970s, London based family Marjorie, Stanley, and their theatrically bent son fall in love with a dilapidated Victorian seaside villa. Dreaming of a better life, they transform the property into a luxury guesthouse, ignorant of the tragic events that occurred there at the beginning of the century. They discover that their guests are not the only other occupants in the building.

The souls trapped within the house offer the temptation of wealth and power, but all come with a deadly price. Stanley, supported by his ambitious wife, enters political office. Marjorie will stop at nothing to achieve her goals for her husband, no matter who gets in the way.

Thirty years later, an affluent gay couple, Jez and Graham, purchase the hotel, which now unoccupied has once again fallen into disrepair. They are blissfully unaware of the building’s grisly past. Jez falls under the influence of the spirits within the house, rapidly achieving fame, fortune, and a life beyond his wildest imagination, but the price is ultimately the corruption of his very soul.

Bound by a common destiny, both Marjorie and Jez’s fates lie inextricably intertwined across time, connected to the house. Their gruesome realization is that death is not necessarily a release.

Be the first to review “Murder in Torbaydos” Cancel reply