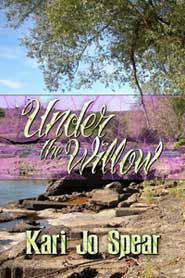 Shane and Cody — two high school seniors, one growing up lonely and abused on a struggling horse farm, the other a privileged sports star. Each carefully hides a secret truth about himself. Both are unaware of the undercurrents beneath the surface of their quiet Vermont town, currents from the society hidden in the woods, by the streams, in the mountains, and even in the air around them.

Shane and Cody — both chosen to become part of the culture hidden nearby, but chosen by opposite sides in an elemental struggle that has been underway since the beginning of time. It’s up to them to forge a bond between the two groups despite the danger, not just to unite them, but to save them all from the dangers posed by humans who are destroying the world that keeps everyone alive.

Be the first to review “Under the Willow” Cancel reply