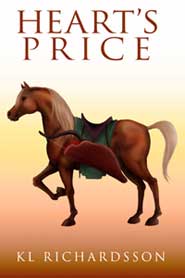 They kidnapped Mikael. They kidnapped his family and killed his parents. Now, they may succeed in ending Soren’s very world. It’s time to stop them.

Soren’s life changed the moment his cousin Katjin brought home a renegade heart-sense. Forced to act as guardian over the wayward pair, Soren created his own mess when he bound Katjin and Mikael in a ritual so old people had forgotten its consequences: a bond between two people so strong that it kept them physically together. Soren’s world has turned upside down, from the kidnapping and valiant rescue of his family, to his exile from the plains he grew up in. Now Soren’s going to turn the tables on the very Empire that has been hunting him for over a year.

Partnered with Aidan, the Shahi firepower, and Aya, lost twin of an Empire ‘path, Soren finally has to put the great plan to topple the Empire’s hold on the Clanfolk in motion. Even with the support of his renegade uncle, Soren begins to doubt his ideas with every step. His need to save lives combines with the inner struggle that Aidan, Soren’s closest friend and ally, seems to be going through, and all Soren can do is keep his act together, damn the consequences. Soren’s learning that everything, from victory to love, has its price.

Be the first to review “Heart’s Price” Cancel reply