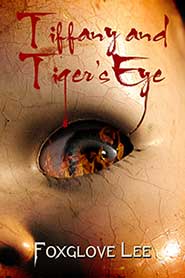 How many secrets can a family keep?

If there’s one thing Rebecca knows, it’s how to hide her problems. But with a rock-and-roll dad who drinks too much and a mom who works day and night, Rebecca needs a sympathetic ear. That’s why she tells her troubles to Yvette, an antique doll that once belonged to her grandmother.

In the summer of 1986, after her father’s strange disappearance, Rebecca and her little brother are sent to the cottage with Aunt Libby and Uncle Flip. Rebecca’s relieved to get away from the city, and her relief grows to bliss when she meets Tiffany, a water-skiing blonde who dresses like Madonna, makes her own jewelry, and claims to see auras.

But strange things happen when Rebecca spends time with Tiffany. Her aunt and uncle are convinced she’s acting out — and she’d have good reason to, considering they obviously know where her father is and won’t say — but she can’t convince them she isn’t the one trashing her bedroom and setting fires. As crazy as it seems, Yvette must be the culprit.