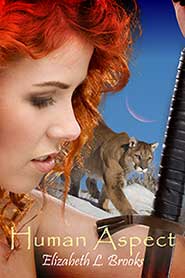 Dauch has never doubted his clan’s wisdom: Humans are fit only as prey and slaves to the shapechanging lochmari. Nor has he ever doubted his place in his clan: As the Warleader’s son and heir, his only true rival is his despised cousin, Afel. But when, on the very cusp of manhood, he spies human lovers in the lochmari forest, he is suddenly faced with questions he had never thought to ask — and a dangerous new infatuation. Dauch hopes to find a way to embarrass his rival and gain the woman he wants, but his anger and obsession will only pave the path to his doom unless he can learn something no lochmar has ever known before: how to love.

Be the first to review “Human Aspect” Cancel reply